A Practical Handbook for Conservative Activism

To inform, educate, and motivate Americans to become active in local politics.

We are patriots who care about our country and the direction we are headed politically. We have volunteered or been involved in some capacity with the Republican Party; the TEA Party; and a variety of local, state, and national campaigns, including the campaign of Donald J. Trump.

As volunteers, who often served on a daily basis, we gained invaluable insight as to how the election process works. Our hope is by sharing our experiences and preparing this easy-to-use handbook, anyone wanting to make a difference politically can get engaged for the upcoming 2020 election and the re-election of President Trump.

This past election, we watched our “safe red” South Carolina congressional district 1 flip from red to blue (Republican led to Democrat led).

In trying to better understand how this happened, we extensively researched our district. Did you know since Donald J. Trump won the Presidency on November 8, 2016, more than 30 progressive organizations were started nationwide? Our handbook will focus on two of these organizations (Indivisible and Swing Left) and how they quickly became successful.

The time has come for all like-minded conservatives to stand united together to combat the left’s aggressive political advances. As the old saying goes, “when you want something done right, you have to do it yourself!”

The time for us to get involved and do it ourselves is now!

This handbook is intended to be a downloaded, shared, and printed tool for those wanting to follow our methods.

We recognize that there are many Americans who want to get involved in the political process but are uncertain as to how to get started. For anyone who has yet to volunteer for a campaign, we have made this as user-friendly as possible.

We have added information, such as key terms, and some basics on how congressional districts are formed. We hope you find this information beneficial and that you will use this guide to follow our lead in preparing for the 2020 elections.

In this handbook, we have applied some of the ideas and strategies used by both of these organizations. Our focus is on grassroots activism, particularly within individual voter precincts. Our hope is to grow a nationwide movement, much like the left has, but for the benefit of those of us on the right. 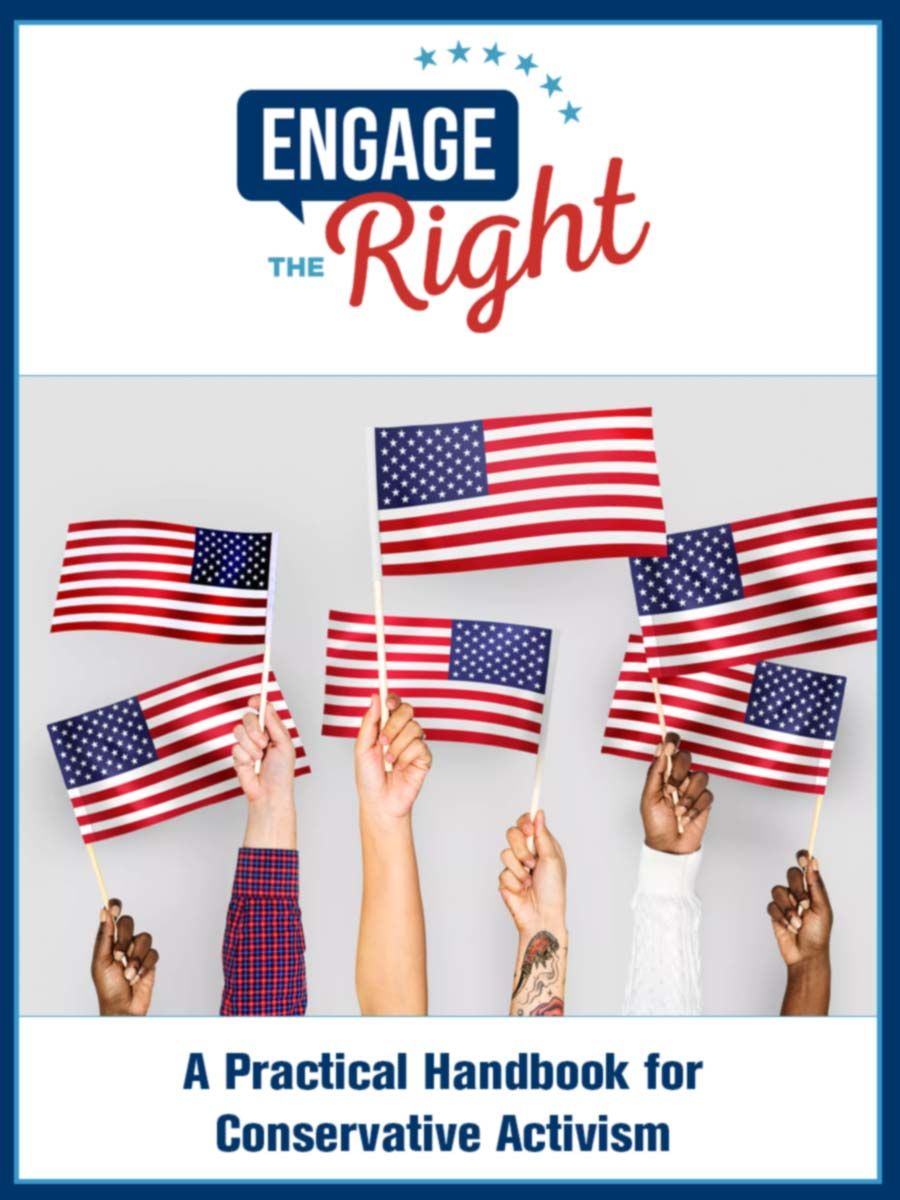 Get the Handbook Now!

Download, share, and print this easy-to-use tool for any concerned conservative wanting to become engaged in the political process.

“When you do nothing you feel overwhelmed and powerless. But when you get involved you feel the sense of hope and accomplishment that comes from knowing you are working to make things better.”

The future of our country is literally at stake. Join our mailing list to stay informed of how you can help in the battle against open borders, socialism, voter fraud and infanticide. #KAG2020

Engage the Right is a conservative, grassroots movement of concerned conservatives. Patriots who care about our country and the direction we are headed politically.